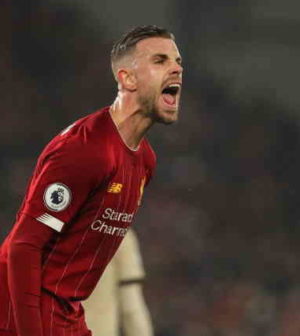 Liverpool face Arsenal in the Premier League on Monday night in a match between two teams on six points – just as they did on matchday 3 last season, with Jurgen Klopp’s side coming out 3-1 winners.

They were also 7-2 winners at Lincoln City midweek to setup a fourth round tie versus Arsenal just three days after the two English giants meet in the Premier League.

Arsenal have started their campaign with a 3-0 win at newly-promoted Fulham before Eddie Nketiah’s late winner over West Ham United last weekend.

Prior to the game, Liverpool boss Klopp has spoken to the media this morning to give a team news and injury update.

The German confirmed that captain Jordan Henderson won’t play a part in the game due to a thigh problem he suffered in the first half at Stamford Bridge on Sunday.

New signing Thiago Alcantara was able to make his debut in that game, conceding a second half penalty. The Spaniard could now be in line to make his first Premier League start when the Gunners are on Merseyside this Monday night.

Klopp said at his press conference:

“Billy [Koumetio] is back in training. Joel not, pretty much. Hendo not yet, that was clear – this game is for sure too early. I think that’s it, pretty much.”

Then when the manager was asked if Thiago would start against Arsenal, Klopp responded with:

“We will see, we will see. We have a few days to train, some boys have to recover from last night, so we will see how we set up against Arsenal.

“I have an idea, but why should I make the decision today when we have time until Monday? But he is in contention, for sure. Yeah, let’s see.”