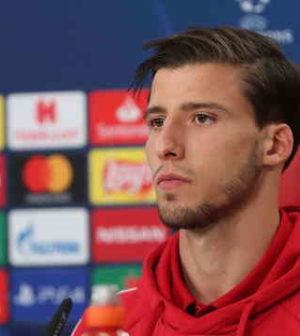 It turned out to be detrimental to Pep Guardiola’s side as they dropped points early in the season as defending champions, allowing Liverpool to run away with the Premier League title.

The City boss has seemingly lost faith in John Stones and Nicolas Otamendi after a number of bad performances during his four seasons at the club. Aymeric Laporte has struggled badly with fitness and injuries since joining.

Guardiola made an effort to sure up his back four earlier this summer with the signing of Nathan Ake from relegated Bournemouth. However, they started the new campaign with Laporte injured.

It is understood that Napoli centre-back Kalidou Koulibaly is the manager’s number one target, but Manchester City aren’t interested in matching the Italian side’s £80 million of the 29-year-old star.

Reliable Italian journalist Fabrizio Romano is this afternoon reporting that City are now in talks with Portugal international Ruben Dias over a potential £55 million deal.

Nicolas Otamendi heading to the Portuguese giants would be part of the deal.

23-year-old Ruben Dias came through the Benfica youth academy and has been a regular since breaking into the first team three years ago. He is a good aerial threat from corners too though is yet to break his duck in 18 appearances for the Portuguese national team.