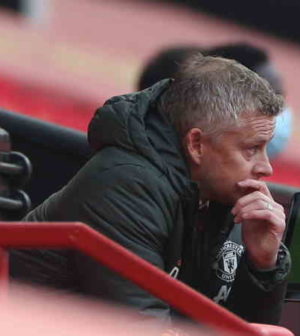 The Red Devils took the lead inside 100 seconds when Bruno Fernandes converted from the penalty spot once again after Davinson Sanchez had tripped Anthony Martial inside the box.

Tottenham then produced a remarkably quick turnaround, first with Tanguy Ndombele equalising after three errors from Harry Maguire in the process.

The visitors went ahead within five minutes of falling behind when a quickly taken free kick from Harry Kane played Heung-min Son one-on-one before the South Korean finished into the far corner for 2-1.

Manchester United narrowly managed to avoid going 1-3 down in the following minutes as Spurs peppered their goal before Anthony Martial was sent off for slapping Erik Lamela just before the half hour mark.

The French forward had reacted to the Argentine slapping the back of his neck before Lamela went down holding his face, exaggerating the slap. Referee Anthony Taylor decided not to review the incident on the pitch side monitor for a potential red card to the Spurs player.

Only two minutes later and Harry Kane curled into the bottom corner to make it 3-1. At this point it was just a matter of how many the North London club were going to win by.

Son scored his second of the game shortly before half-time.

Right-back Serge Aurier made it 5-1 with a close range finish into the far corner five minutes into the second half before Kane completed the scoring with his second coming from the penalty spot with little more than 10 minutes to go, after a lazy and clumsy foul from Paul Pogba on Ben Davies in the box.

Mourinho was able to give Son a rest in the second half, whilst Ndombele and Lamela were the other two players he gave a rest before the international break. Dele Alli, Lucas Moura and Davies were introduced. Gareth Bale not yet fit to make the matchday squad, whilst Sergio Reguilon made his debut in the starting lineup.