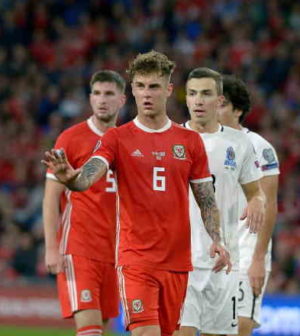 Clubs in England may no longer be able to bring in players from overseas, but that doesn’t mean there’s not business to be done domestically. Premier League and English Football League sides can continue to strike up deals until October 16th, and there’s plenty of talent in the Championship that Premier League sides have their eyes firmly on. Ahead of Friday’s deadline, let’s take a look at five players who still have time to make a move to the Premier League. Read on to find out more!

Bournemouth striker Joshua King was linked with a move to Manchester United, where he started his career, back in January, but the move never materialised, and the Norwegian forward, who scored six goals in 26 Premier League appearances last season, was relegated to the Championship with the Cherries. So far this season, the 28-year-old has racked up just one appearance for Bournemouth, who are the favourites to win the title in the latest English Championship betting at Paddy Power, and he has been linked with a move to David Moyes’ West Ham.

With Leeds bringing in a whopping eight players this summer, the newly promoted Yorkshire side have been one of the busiest Premier League teams in the transfer market, and their business might not be over just yet. According to reports, Leeds boss Marcelo Bielsa is keen to bolster his midfield with Norwich’s highly rated youngster Todd Cantwell. Like King, Cantwell was relegated from the Premier League last season, but his solid performances didn’t go unnoticed. The 22-year-old played in 37 of the Canaries 38 games, scoring six times and assisting twice.

It’s hard to believe that Brentford winger Saïd Benrahma is still at the club! The Bees winger has been linked with just about every team in the English top-flight. Earlier in the summer, it seemed that the Algerian was on his way to Stamford Bridge. However, with nothing coming from that reported move, he has since been linked with Newcastle, West Ham, and Arsenal. Benrahma scored 17 goals and provided nine assists last season as Brentford just missed out on promotion. And the 25-year-old was in the headlines once again earlier this month, as he scored twice in his sides 3-0 thrashing over Fulham.

Like Benrahma, Sarr has been linked with multiple Premier League sides, including current champions Liverpool and Manchester United. However, the Reds turned their attention to Wolves’ Diogo Jota, whilst the Red Devils have, reportedly, passed up the chance to sign the young winger. The 22-year-old, who is now linked with the likes of Newcastle and Everton, played 28 times for Watford last season, as they were relegated to the Championship, scoring five times and assisting four. The Senegalese international is yet to make an impact in his two appearances in the second tier this season.

With veteran defender Jan Vertonghen leaving Tottenham Hotspur at the end of last season, the North London side have been on the lookout for a replacement ever since. Inter Milan centre-back Milan Škriniar was believed to be Jose Mourinho’s prime target. However, his £60 million price tag proved too much for Spurs, and – according to the London Evening Standard – Tottenham are confident they will land Swansea and Wales centre-back Joe Rodon by the October 16th deadline. The 22-year-old has impressed over the course of the last two Championship seasons, and has already won five caps for Wales, where he plays alongside Spurs’ Ben Davies.