Can Tottenham really challenge for the Premier League title this season? 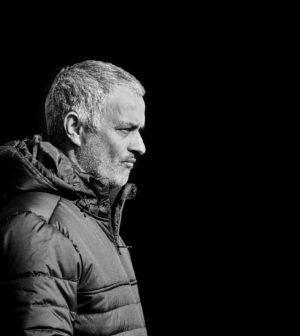 It’s been the craziest of starts to the 2020-21 Premier League season. Until last weekend, Everton were top of the table, whilst Aston Villa – who avoided relegation by just one-point last term – and Leicester City, also featured in the top four. Newly promoted Leeds United were sixth, and big-guns Arsenal, Manchester City, and Manchester United were the bottom-half of the table.

But it’s Tottenham Hotspur who are being talked about as title contenders. José Mourinho’s side, who are now the third favourites in the outright odds on the English Premier League, are currently third in the table, having won four, drawn two and lost just one of their opening seven games.

Spurs, who haven’t lost since their opening day defeat to Everton, have looked like one of the best teams so far. Forwards Harry Kane and Heung-Min Son, who the North London side depend on so often, have come out of the blocks firing.

Kane has scored six times already this season but has formed an incredible partnership with his South Korean teammate, assisting him on eight occasions so far, whilst Son has returned the favour by also setting up goals for the England striker on numerous occasions, as well.

Even more worrying for Premier League defenders is the fact that the North London attack is only going to get stronger, with Gareth Bale, who scored the winner against Brighton, still catching up on fitness.

At the other end of the pitch, things are looking just as promising. Only 11th-placed Arsenal (7), Wolves (8) and Leicester City (5) have conceded less goals than Tottenham (9). The acquisition of Matt Doherty from Wolverhampton Wanderers has filled the void at right-back, whilst Sergio Reguilon, who attracted interest from the likes of Chelsea and Manchester United, has been brilliant in left-back. Meanwhile, Pierre-Emile Hojbjerg has helped tighten the midfield defensively.

Of course, to win the title, you need help from the teams around you, and Spurs can take positives from Virgil van Dijk’s ACL injury, which will see him miss the rest of Liverpool’s season.

They will also be grateful to the other top clubs for their slow starts. The Reds were smashed 7-2 by Villa, whilst Manchester City have picked up just 11 points from six games. Chelsea have also won just twice in their last six Premier League games, with Manchester United, who Tottenham thrashed 6-1 at Old Trafford, are way down in 15th.

It’s also worth noting that Mourinho is often more successful in his second season at a club. When he took over Porto, his situation was similar to when he took over Spurs. He took over the Portuguese club midway through the season and guided them to third, but in his second season he won the Primera League, the Taca de Portugal, and the UEFA Cup, and in his third season he was even more successful, winning the Champions League, as well as the domestic title and cup.

In his first stint at Chelsea, The Special One won back-to-back Premier League titles in his first two years, whilst at Inter Milan, he won the Serie A, Coppa Italia, and Champions League treble in his second season.

The second season syndrome continued at Real Madrid as he won La Liga with Los Blancos in his second season, before returning to Stamford Bridge, where he won his third Premier League title with Chelsea, after finishing third in his season back in west London.

Spurs are also getting a lot of backing from the pundits, as well. Former Tottenham boss Harry Redknapp claimed on Transfer Deadline Day that Tottenham could win the title, whilst ex-striker Peter Crouch shares the views as his former gaffer.

“It is a crazy league and it feels like anyone can beat anyone at the moment,” Crouch said.

“I would say City and Liverpool aren’t as strong as they were, and other teams have got stronger. It is definitely something to do with fans not being in the ground, which is causing some strange results and lots of goals.

“The league is up for grabs. Can Tottenham win it? I’m not sure but I think they’ve got as good a chance as anyone.”

There’s no doubt that Spurs can be there, or there abouts, come the end of the season, but they need to ensure that they don’t suffer a repeat of the 2015-16 season, when they came third in a two-horse race. They also can’t be blowing 3-0 leads, like the one against West Ham a couple of weeks ago.