What impact would a new European league have on English club football? 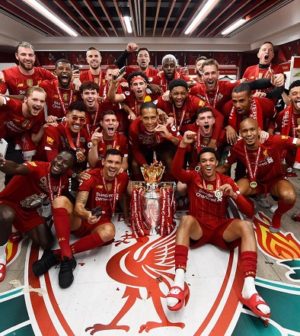 For generations, clubs across Europe have competed for the European Cup, known in more recent years as the Champions League. The competition, governed by UEFA, is recognised as among the elite prizes in the sport, alongside domestic league titles and cups.

But recent reports suggest that there may be changes on the horizon, with the prospect of a brand new, expanded European competition supposedly having been discussed by football’s leaders. It is understood that FIFA is behind the proposals, though football’s international governing body has distanced itself from the reports.

FIFA officials questioned on the matter have denied that talks have been held, with leading stakeholder instead insisting that their focus remains on developing international club competition between continents, as opposed to further developing the European scene.

Perceived by many observers to be a power struggle between UEFA and FIFA, the concept is far from finalised, with few concrete details confirmed. But what impact could an expanded European league have on English club football?

The concept of a European ‘super league’ has been discussed by the sport’s leaders in the past, with reports suggesting that many of the continent’s top clubs were contemplating leaving their domestic leagues and instead competing in the new league alongside Europe’s elite clubs.

Unsurprisingly, this idea was hugely unpopular with fans, who feared that the removal of the nation’s top clubs would adversely affect playing standards, while also limiting the competition’s ability to attract the best players and secure the most lucrative sponsorship deals.

The absence of Cardiff, Swansea, Wrexham and Newport from the Welsh domestic competition certainly reduces the league’s international appeal, while one can only imagine the impact that Celtic and Rangers’ withdrawal would have on Scottish football.

However, the most recent proposals reported by the footballing media seem to suggest that clubs would continue to compete in their own domestic competition alongside any new European competition, so it would in fact be the Champions League that would perhaps be most at risk of losing its biggest clubs.

The latest reports of a new European competition included plenty of speculation around which clubs from England would be included, and with the latest Premier League football betting markets featuring plenty of sides in contention, it would be hard to justify one over another.

The Champions League has awarded places based on clubs’ finishing positions and, should the new European competition eventually materialise, this could be the pathway favoured by organisers. However, this isn’t certain, and other factors could also come into play.

For example, the size of a team’s global brand could be equally as important, with an ability to attract fans from all corners of the planet perhaps a key consideration.

This could prove to be controversial, as it may see household names like Arsenal and Manchester United favoured over the likes of Leicester City and Wolves, regardless of league position. It’s clear there’d be plenty of conundrums to solve!

Though the plans are yet to be confirmed, and we’re unlikely to witness the introduction of a new European competition any time soon, it’s certain that changes to the club game at international level will have a major impact on the English sides.