How Do Premier League Teams Travel for Games? 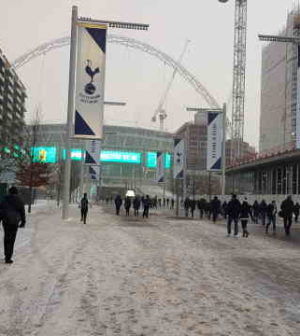 Given the territorial extension of England, football fans may often ask themselves how Premier League clubs travel for away games. If you live in countries such as Russia, the US, and Brazil, the only answer to this question would be by plane. However, things are different in England, as clubs actually tend to avoid flying week in and week out.

There are occasions where planes are inevitable, though. Some clubs are also geographically isolated, which results in having longer round trips to get to their destinations. We’ll go over these situations and explain how all your favorite clubs work their travel requirements.

This is the most common way of venturing across the English land. Most Premier League clubs travel by coaches for short distances, usually up to four hours.

There are currently six London-based clubs in the English Premier League, and thus, they can be considered as the best-located clubs in the PL. They can play their London derbies, plus South Coast and West Midlands clubs within less than an hour’s drive.

Northern clubs usually travel by coaches when playing among themselves, which is the case of a Liverpool vs Manchester United game, for example.

However, other forms of transportations can be used, as well.

Trains used to be common, but it is perhaps the least-used method nowadays. There are some clubs who used to travel by plane and then took trains to get into the stadiums. However, as the schedules got busier and busier, clubs went for other relevant options.

Planes are the go-to option when teams need to get around through longer distances.

In the current 2020-21 English Premier League season, Newcastle are the most geographically isolated team. The Magpies are headquartered in northern England, and thus, they are the ones who usually have the longest round trips.

The longest distance between clubs in the current term is from Brighton and Southampton on the south coast to Newcastle in the north. The driving distance between the English southern coast and the northern border with Scotland is about six hours.

By plane, you can reduce it to minutes, though. The Premier League’s schedule is tight, so it’s much more convenient for the aforementioned clubs to fly over to these places. Obviously, longer trips can negatively impact a team’s Premier League scores and results.

And obviously, for the seven EPL clubs who get to play European football, plane is the only way of getting around to play on European nights.

The aforementioned methods work really well under normal circumstances. With the pandemic, though, clubs are discouraged from traveling by trains or coaches, and thus, planes are their best alternative.

This is mainly due to the fact that for some late-night games, clubs had overnight stays. The problem is that most hotels are closed due to England’s ongoing lockdown.

Also, the Premier League schedule for this season will be a month shorter than normal. Thus, clubs will face more games in a shorter space of time. This scenario favours the current injury crisis we have in the Premier League, and the less a team travels up and down England, the better it is for their players.