Can Arsenal finish in the top 4? 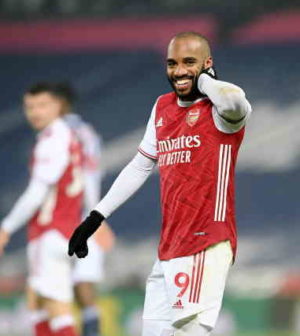 Arsenal hammered West Bromwich Albion 4-0 at the Hawthorns on Saturday to make it three wins on the bounce for the first time this season.

The Gunners’ impressive form has come even without the goals of Pierre-Emerick Aubameyang as they go through a purple match following a tough start to the 2020-21 Premier League game.

Three points has moved Mikel Arteta’s side up to 11th in the table, six points behind Leicester City in fourth, who are away to Newcastle United on Sunday.

Arsenal have been very good since Christmas – thrashing rivals Chelsea 3-1 on Boxing Day and winning 1-0 at Brighton & Hove Albion prior to Saturday’s third successive victory.

Arteta’s side will be in FA Cup action next weekend and won’t be back on Premier League duty until Thursday 14 January when they host Crystal Palace. That game is followed up by Newcastle United’s visit to the Emirates Stadium – two very winnable games on paper for the Gunners.

This is an excellent opportunity for the Spanish manager to put a good run of form together for his side, whom many believed would finish in the top four heading into the season, after their FA Cup success back in August.