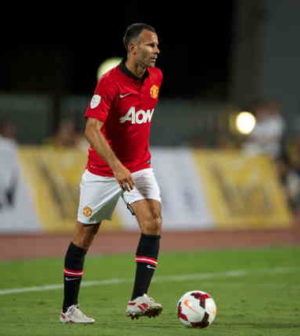 Over the last couple of decades in football, the value of assist makers has become more and more appreciated. Now, players who can provide opportunities for their teammates to score are worth their weight in gold, with top clubs scouring the planet for the most creative talent.

When you look into the annals of Premier League history, there are so many great players who proved their worth as wonderful assist providers. With players like Kevin De Bruyne registering double figures for assists in every season now, it’s worth harking back to the days when top assist makers weren’t heralded in the same way. Read on, as we count down the top five assist makers in the history of the Premier League.

Among the jaw-dropping goals and moments of goalscoring magic, Arsenal hero Dennis Bergkamp was one of the club’s top providers of goals in his time at Highbury between 1995 and 2006. The Dutchman had a unique ability to find space in the tightest of areas, and his deft touch meant he was a nightmare for opposition defences. A grand total of 94 assists in the Premier League is a mightily impressive total, and further cements Bergkamp’s place as a Premier League icon.

Frank Lampard became one of Chelsea’s greatest players of all time, if not the greatest, after he joined the club from West Ham United in 2001. The midfielder was about as dynamic a player we’ve ever seen in the history of the Premier League, and his bombastic presence in the Chelsea team was defined by a boatload of goals and a handy century of assists too.

Attacking football runs through Lampard’s veins, and now that he is manager of Chelsea, his attacking tendencies are coming to the fore at Stamford Bridge once more, with the Blues one of the most favoured teams in the football odds this season.

Given Wayne Rooney’s goalscoring prowess throughout his career, it’s perhaps surprising that he also racked up a phenomenal 103 assists in his Premier League years. Rooney always had a creative spark to his game, and as he got older, he often found himself playing a bit deeper for Manchester United, and then Everton.

There’s a sense that Rooney is perhaps underappreciated for his efforts in the game over the years, possibly because he burst onto the scene with such sky-high potential. But his goals and assists totals in the Premier League prove that he is a modern great.

It was clear from a very young age that Cesc Fàbregas was going to be a star. He made his Arsenal debut as a teenager and went on to do great things at the North London club, where he became a key figure under Arsène Wenger. After a spell at Barcelona, Fàbregas returned to London, this time joining Chelsea, where his penchant for assist making saw him become a fan-favourite at Stamford Bridge, as he was a driving force in Chelsea’s 2014-15 title success.

Out on his own at the top of our list is Manchester United legend Ryan Giggs, who recorded a remarkable 162 assists in his lengthy Premier League career. The Welshman is perhaps the quintessential old-fashioned winger, bombing up and down the touchline and bamboozling defenders with his speed and trickery. Throughout his career he was one of the most creative influences in the Manchester United team, with his many assists helping to drive the club to numerous titles under Sir Alex Ferguson.