Can Leicester City spring another surprise and win the Premier League title again? 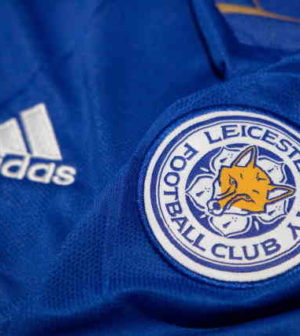 5,000/1. That’s what Leicester City’s odds of winning the Premier League title were heading into the 2015-16 campaign. Even the most avid of Leicester fans would have agreed that those odds were a fair reflection of their title chances. After all, it was only their second season back in the English top-flight, and they had finished 14th the season prior.

But, against all the odds, Claudio Ranieri guided little-old Leicester to Premier League glory, losing just three times throughout the course of the season, as the Foxes steamrolled their way to champions status, winning the title with a total of just 81 points, still some 10 points clear of Arsenal in second.

And, whilst to win the Premier League title nowadays requires you to get close to 100 points, this season, the thought of any club getting close to that tally seems to be farfetched. In this compact season, the majority of teams have struggled with inconsistency. Even last year’s champions Liverpool, who pretty much had the title wrapped up by this time last year, have lacked that ruthless edge they possessed last campaign.

As things stand, it’s set to be one of the closest Premier League seasons on record. At the time of writing, Liverpool and Manchester United are leading the way with 33 points, with Leicester just behind in third on 32. From there, just a mere four points separate Tottenham Hotspur from 10th place West Ham. It really could be anyone’s year.

There are similarities that Leicester boss Brendan Rodgers can draw between this season and the campaign in which the Foxes won the title. By this point in the season, it was also an incredibly tight affair, but even then, not as tight as it is now. 12 points separated Leicester from 10th, but what the Foxes proved then was that they could take advantage of the other sides’ inconsistent form.

A 2-1 win away to Newcastle last weekend propelled Leicester into third, and afterwards Rodgers claimed that he wants his team to be a thorn in the side of the so-called ‘Big Six’ by becoming regular challengers for the European football spots.

“We want to be a team that, year on year, can get European football,” said the Northern Irish gaffer.

The outright English Premier League odds have chopped and changed all season, and with Leicester as far out as 40/1, it’s fair to say that they aren’t exactly title challengers, and most would agree on that front, but they have proven the odds wrong once before.

It is worth noting, however, that the Foxes’ position in the table could soon see a drastic change. At the time of writing, Rodgers’ side have played a game more than Liverpool and Man United, so that gap could be extended to four points, whilst Manchester City and Aston Villa could leapfrog them if they were to win their two games in hand. Let alone the fact that Spurs and Everton could put the pressure on by winning their games in hand too.

If Leicester, or any other team for that matter, want to pull away from the rest of the pack, they need to start putting wins together on a weekly basis, and with the Foxes up against Southampton, Everton and Chelsea in their next three league games, now is the perfect time for Rodgers to prove that his men truly can disrupt the hierarchy!