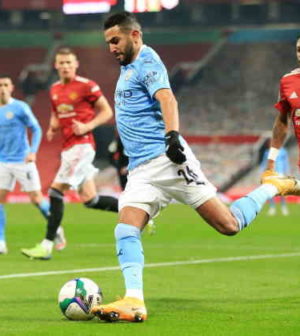 Manchester City will be looking to move into third position this evening when they host Brighton & Hove Albion in the early Premier League kickoff on Wednesday.

Pep Guardiola’s side are on a three-game winning streak, conceding just one goal in the process, whilst the visitors are winless in their last eight prior to their trip to the Etihad Stadium.

Brighton haven’t always been pushovers for City, but a performance similar to their 3-1 win away to Chelsea 10 days ago should make for a comfortable three points midweek.

Manchester City are without a recognised striker this even as it appears either Bernardo Silva or Phil Foden will take the role. Gabriel Jesus and Raheem Sterling are both among the substitutes though.

The visitors have named four centre-backs in their starting lineup but it looks as though Ben White will sit in central midfield where he has played before, in a 5-3-1-1 formation.

Percy Tau leads the line but how many touches the South African will get remains to be seen. The striker will be supported by Leandro Trossard.

Graham Potter’s side start the evening three points above the relegation zone whilst the hosts are as short as 1/7 to win this match, according tooddsgurun.com/spelbolag/nordicbet