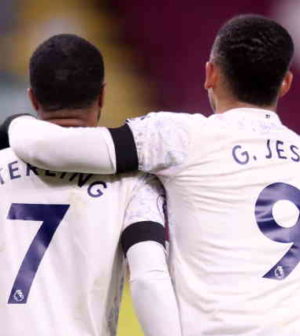 Liverpool will be looking to get back into the 2020-21 Premier League title race with three points at home to Manchester City on Sunday afternoon.

Pep Guardiola’s side start the day seven points above the defending champions, one point above Manchester United in second, but with an additional game in hand after this one.

The Reds are winless in their last four home Premier League games (D2, L2), whilst Manchester City are on a nine-game winning streak since a 1-1 draw at home to West Bromwich Albion in mid-December.

The two lineups for today’s game at Anfield are as follows:

Jurgen Klopp has his front three available today but it’s at the back that Liverpool fans will have the biggest fear – Jordan Henderson and Fabinho at centre-back again.

Youngster Curtis Jones starts in midfield, alongside Thiago Alcantara, who is still awaiting his first Premier League win at Anfield.

Pep sticks with a front three of Phil Foden, Raheem Sterling and Riyad Mahrez as Gabriel Jesus and Ferran Torres are among the substitutes.

The Manchester City defence has kept six consecutive clean sheets in the league but should be tested today against Mohamed Salah, Sadio Mane and Roberto Firmino, regardless of their failure to score in each of their last three home games.