Is this the year Man City finally win the Champions League? 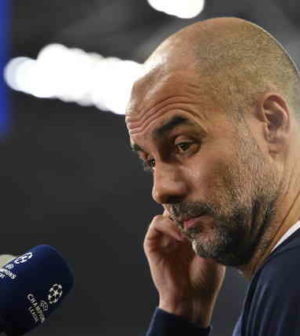 Manchester City have spent over £1 billion in transfer funds over the past decade, helping them add a number of domestic titles to their name.

Four Premier League titles and two FA Cups have been lifted since their heavy investment.

A number of world stars have been signed for the Citizens, including Sergio Aguero, Vincent Kompany, David Silva and Kevin De Bruyne.

But one thing has escaped them… The Champions League.

The 1970 UEFA Cup Winners’ Cup remains the only European trophy in their cabinet.

Perhaps that will change this season?

Pep Guardiola’s side have been the bookmakers’ joint favourites to win the 2020-21 Champions League all season. Alongside the manager’s former club, and defending champions, Bayern Munich.

City’s dominance in the Premier League this campaign has been aided by the signing of Ruben Dias, who has helped them tighten up a defence that was leaky less than a year ago.

A 2-0 win in their ‘away’ leg versus Borussia Monchengladbach on Wednesday night sees the Premier League side had one foot into the quarter-finals.

The only teams with a bigger lead – Paris Saint-Germain’s 4-1 win away to Barcelona, and Bayern Munich’s 4-1 win at Lazio.

A Bayern versus City final would be a mouth-watering tie with how both sides are playing of late. And it’s hard to see another team eliminating them. PSG and Liverpool may have something to say against that though.

Is this Manchester City’s year? It certainly looks like the best opportunity they’ve ever had with a great attack and a stable defence. But can they really overcome Bayern Munich? Only time will tell…