Why Aubameyang doesn’t start vs Tottenham 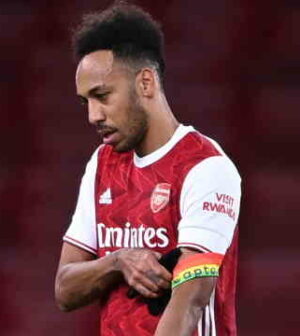 We’re less than an hour away from the second North London Derby of the 2020-21 Premier League season and the two lineups have been confirmed.

Tottenham Hotspur fans will be relieved to see Harry Kane’s name in the lineup after the club captain limped off in Thursday night’s Europa League victory.

However, Arsenal will be concerned that their top scorer, Pierre-Emerick Aubameyang, is only among the substitutes.

The Gabon international had been due to start this afternoon’s game but misses out on the starting XI due to “disciplinary reasons”, according to the manager.

It’s a blow to the hosts as the 31-year-old has been in good form of late – scoring a hat-trick in the victory over Leeds United, a brace versus Benfica in the Europa League and a goal last weekend at Burnley.

Alexandre Lacazette will lead the line for Arsenal, whilst many can rightfully expect Aubameyang to make an appearance from the bench in the second half if needed.