Going down: What went wrong for Sheffield United, West Brom and Fulham this season? 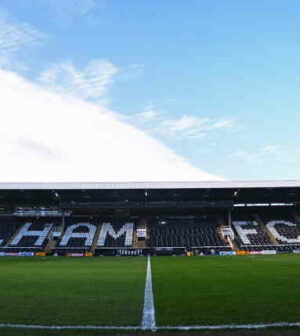 It’s rare that all three relegation places are sown up with a few games still remaining in the Premier League season, but for Sheffield United, West Bromwich Albion and Fulham, it has been a dismal campaign, and another spell in the Championship awaits all three clubs.

This season has been a strange one in so many ways. Without doubt, the lack of crowds in stadiums has affected teams struggling in the bottom half of the table, as they haven’t had the vocal support of fans to try and rouse better performances out of the players.

With the Premier League campaign now drawing to a close, let’s take a closer look at how things went so badly wrong for the three relegated teams this season.

The 2020-21 season started off badly for Sheffield United, and pretty much continued on the same course for the entire length of the campaign. Much was expected of the Blades after their terrific ninth-placed finish in their first season back in the Premier League.

However, Chris Wilder’s side didn’t win a game until January, by which stage they were heavily tipped to be relegated on every bet exchange. The players who performed so brilliantly last season just couldn’t reproduce that form, and Wilder was left to count the cost in the end, leaving the club in March.

There were a few highlights, such as the win against Manchester United at Old Trafford, but overall it was a season that Sheffield United fans would like to forget as quickly as possible.

There was always a sense that West Brom would have a hard time staying in the division, and it took them a while to register their first victory of the campaign, coming by way of a 1-0 win over the aforementioned Sheffield United in November. Slaven Bilić struggled to get the best out his team, and in the end he was shown the exit door, with Sam Allardyce brought in to try and rescue the Baggies’ season.

However, saving West Brom was a too difficult a job, even for a coach like Allardyce, who had never before suffered relegation from the Premier League. The one-time England boss certainly oversaw an improvement, but West Brom struggled to record the results that their performances deserved, and Championship football next season is the result.

The team for whom relegation may be most disappointing is Fulham. Under Scott Parker, the Cottagers played some decent stuff this season, but a lack of goals has cost them massively. The reality is that Fulham have drawn a number of games they should have won, and that’s been the difference between the west London outfit and the teams above them. There have been some good moments for Fulham, such as their five-game unbeaten run in February, but ultimately they haven’t been able to deliver. It’s their second relegation from the Premier League in three seasons, and they are in danger of becoming something of a yo-yo club. Whether Parker sticks around to try and bring them back remains to be seen, but the young coach will be bitterly disappointment that Fulham are destined for the Championship once more.