Just how bad are things at Derby County? 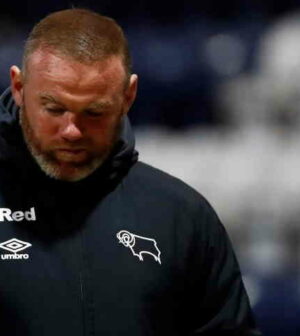 Derby County held onto a 1-1 draw at home to Huddersfield Town to start their 2021-22 EFL Championship campaign.

The match saw Curtis Davies and Richard Stearman partner in the centre of defence, just hours after it was announced they had been signed on free transfers.

Prior to that, the Rams had no established centre-backs in their squad.

Goalkeeper Ryan Allsop has also been picked up on a free transfer after leaving Wycombe Wanderers. The 29-year-old was named among the substitutes in the season opener.

A transfer embargo means England’s all-time record signing could only sign free transfers and loan deals. Unfortunately, only until the squad had a maximum of 23 players, which they now have.

In what has proven to be an unfortunate circumstance, handing the likes of Festy Ebosele, Jack Stretton, Louie Watson and Kornell McDonald a handful of minutes last season means these youngsters count towards the 23-man squad.

All in all this means that Derby have a very thin squad, a lack of defenders and a lack of a consistent goalscorer. What’s more, they were the lowest scorers in the Football League last season, creating very little.

Inexperienced manager Wayne Rooney is already unpopular with a significant amount of the fanbase, with his lack of tactical knowledge.

The bookmakers had the East Midlands club as the favourites to be relegated this season, and we have to admit they’d do well just to get 20 points…