How PSG could line up with Messi 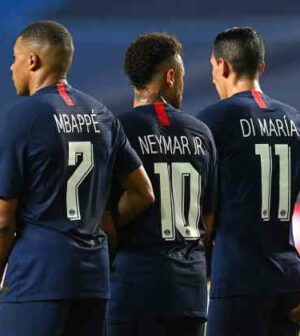 Paris Saint-Germain are on the verge of signing Lionel Messi on a free transfer, according to several media outlets, including the Guardian.

The 34-year-old is expected to sign a two-year deal at the Parc des Princes, worth €35 million a season.

Barcelona confirmed on Thursday 5 August that the greatest footballer of all-time would be departing this summer.

Should PSG indeed announce Messi as their latest signing, the French club have arguably had one of the greatest summer transfer windows in the history of football.

Messi would be joining Kylian Mbappe, Neymar, Angel Di Maria, Mauro Icardi in what feels like an unreal attack on paper. The Parisians also have Pablo Sarabia and Julian Draxler on their books.

The wealthy club’s ultimate goal is to win the Champions League for the first time in their history and you can expect Mauricio Pochettino to rotate his side to favour Europe’s elite club cup competition this season.

So here’s how PSG could lineup for their biggest matches this season with Lionel Messi on the books: