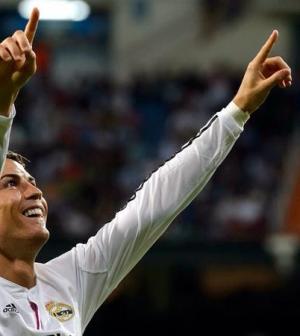 USA’s Major League Soccer have picked up a number of top players nearing the end of their careers in recent years – David Beckham, Thierry Henry and Alessandro Nesta to name a few.

Jermain Defoe, and most-recently, Sebastian Giovinco have joined at the top of their game.  Aging former England internationals Frank Lampard and Steven Gerrard are heading to the MLS at the end of the 2014-15 Premier League season too.

No, American journalist Grant Wahl believes one of the most famous footballers in the world is to step foot on an American football pitch in three years.

Wahl claims that ‘multiple sources’ have told him that Cristiano Ronaldo plans to join the MLS after his current contract runs out at Real Madrid.

Ronaldo’s current deal at the 2014 UEFA Champions League winners currently sees him through to 2017-18, at which points he becomes a free transfer.

The Portuguese international will be 33 at the time, likely having just participated in his final World Cup, assuming he and his country quality for Russia 2018.

Grant Wahl has quoted Ronaldo’s biggest interests being Miami, Los Angeles and New York.  He is quoted as saying:

“File this one for down the road, but multiple sources tell me that Cristiano Ronaldo’s current plan is to come to MLS after he finishes at Real Madrid, with one source saying he would likely arrive on a free transfer in 2018 once his current contract ends.

“Ronaldo would likely be coming off a World Cup and would be 33 years old, older than David Beckham (32) was when he came to MLS but younger than Frank Lampard (37) or Steven Gerrard (35) will be when they arrive this summer. Ronaldo’s main interest lies in cities you’d probably expect: Miami, Los Angeles and New York.”