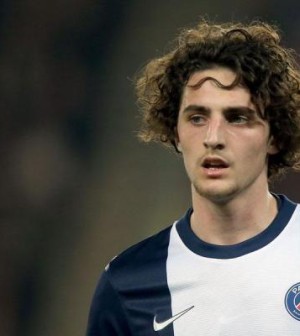 Tottenham Hotspur have stepped up their interest in young Paris Saint-Germain midfielder Adrien Rabiot, according to the Times.

The newspaper reports that the France under-21 international has handed in a transfer request.

Rabiot was subject to strong interest from Arsenal last summer before it appeared he could have been headed to AS Roma on transfer deadline day, but no deal went through.

Previous reports have claimed the 20-year-old to have been unsettled and wanting a move away from the Parc des Princes due to a lack of first-team action under Laurent Blanc.

Adrien Rabiot started only 10 Ligue 1 matches in PSG’s title-winning campaign this past season, playing only 188 minutes in the UEFA Champions League.

Tottenham, a team with a large number of players to choose from in their midfield, would still have room for a player of Rabiot’s talent.  The tall midfielder is very good at breaking up possession of the opposition, whilst also very good going forward.  He scores goals, creates chances and is a good runner with the ball at his feet.

Rabiot is also strong in the air and would add good protection to a back four that conceded the most goals amongst the top 13 clubs in the Premier League last season.

Spurs are also chasing Arsenal target Morgan Schneiderlin if reports are to be be believed – another target of the Gunners.  We could be in for an interesting battle this summer as the two north London rivals look to add another holding midfielder to their ranks.