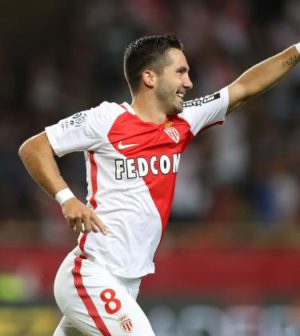 João Moutinho has revealed that he was ‘minutes away’ from signing for Tottenham in the summer of 2012. The Portuguese midfielder has made his revelation ahead of AS Monaco’s UEFA Champions League clash with Spurs.

The 30-year-old Monaco star has been linked with a host of Premier League teams in the past. However, call it bad luck or the fate of destiny, the former FC Porto player has yet to set foot on English soil. It was not even that long ago that Moutinho was even linked with a move to Arsenal.

While Moutinho says he was close to joining Spurs in 2012, he went on to sign for Monaco a year later.  According to the midfielder, while Spurs had agreed to pay £24 million for his services, delay in paperwork marred his move to London.  If the deal would have gone through, Moutinho would have become the most expensive signing in the history of the club at the time.

Mourinho is quoted by Sky Sports:

“It’s true I was a few minutes from signing for Spurs.

“Here I am at Monaco and the focus is on putting in a performance to help us through to the next stage of the Champions League.”

Talking about his side’s clash with Tottenham this evening, João Moutinho admitted that Tottenham are slight favorites coming into this fixture. At the same time, however, Moutinho warned the North London side that the group is a very balanced one, with each team fancying their chances to go through.

“Spurs might be slight favorites but this is a very equal group. Every team will fancy their chances to qualify and everyone wants to get through.”

Monaco came into this fixture this evening sitting atop of Ligue 1, and continued their form with a 2-1 victory at Wembley against the Premier League side.