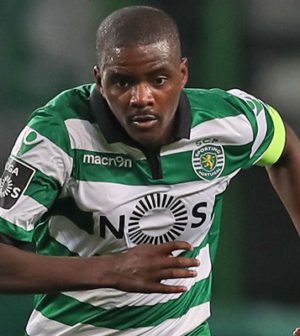 Liverpool are the highest-scoring team in the Premier League so far this season but have also conceded a lot of goals. And many believe one of the reasons why they have been conceding so many goals is because they lack a real defensive midfielder in the team.

Reports are now claiming that the Liverpool owners have authorised Jürgen Klopp to bring in a defensive midfielder in the final days of the winter transfer window and the former-Borussia Dortmund head coach is believed to be interested in signing former Arsenal and Chelsea target William Carvalho.

The Sporting Club of Portugal defensive midfielder has constantly been linked with Arsenal for the best part of three years, but if new reports are to be believed, Liverpool may be the ones signing him in a deal said to be worth as much as €40 million (£34m).

According to A Bola (as translated by Sport Witness), the Merseyside club have made official contact with Sporting Club directors with a view of signing the Portuguese international who helped his country Euro 2016 European Championship in France last summer.

According to the report in A Bola, Liverpool’s interest has unsettled the player who is ready to leave Sporting this month if given the opportunity. Carvalho has played a total of 18 times for Sporting so far this season, scoring one goal and creating two assists.

Should Liverpool sign him, they will not only be signing a reliable defensive midfielder but one who is comfortable bringing the ball forward also.