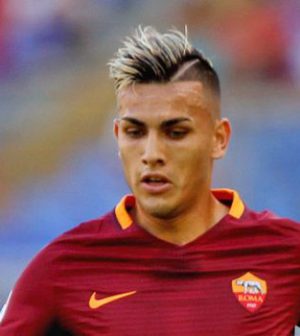 Liverpool appear to have been handed an interesting opportunity in the final days of the January transfer target as reports in Italy suggest target Leandro Paredes has become available.

The 22-year-old impressed on loan last season whilst at Empoli, attracting the attention of Reds boss Jürgen Klopp.

However, Roma refused to sell Paredes in the summer, presumably planning for the Argentine to be a regular in their midfield this season.

Gazzetta dello Sport are today reporting that Leandro Paredes could now leave the Italian capital this month with Liverpool being mentioned as one of the possible destinations.

The former-Boca Juniors youngster has made only six starts from a possible 21 games in Serie A under Roma boss Luciano Spalletti so far this season.  What’s more, the report says that Roma are trying to raise the to purchase Grégoire Defrel from Sassuolo.

Roma have just signed Clement Grenier on loan from Lyon with a clause in deal so they can purchase him for a mere €3.5 million in the future.  With the club strapped for purchasing fees, Gazzetta dello Sport suggests that Paredes is available for less than previous price tags were placed on the player.

Liverpool don’t have an out-and-out holding midfielder in their regular first team with Jordan Henderson deployed in that position.  It’s an issue which has been of great concern to fans as their defence has certainly been their achilles heel this season as the Premier League’s top scorers.

The ageing Lucas only ever appears in Klopp’s plans when players are injured, suspended or being rested, so Leandro Paredes could certainly offer the German manager something that he doesn’t feel his team currently has.  The transfer window shuts at 11pm on Tuesday so Paredes’ name could certainly feature prominently in the coming hours and days.