£34m World Class Superstar on the Way Anfield, Could Play for Liverpool vs Chelsea 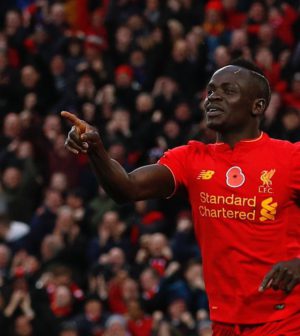 Liverpool’s form in the Premier League has suffered significantly since Sadio Mané left to represent Senegal at the African Cup of Nations earlier this month. However, with Senegal losing on penalties to Cameroon yesterday, which included the Reds star missing his own kick, Liverpool could be set to welcome back the Senegalese when they take on Chelsea at Anfield on Tuesday night.

Reports claim Liverpool have hired a private jet to fly Mané back home from Gabon in the club’s desperation to have him ready for the Chelsea clash this week. The Merseyside club need to beat the runaway league leaders if they want to stand any chance at all of winning the title at the end of the season.

Having missed the last kick which ensured Senegal’s elimination from the AFCON, Mané was visibly distraught and it remains to be seen if he will be in the right mood to play immediately for Liverpool against Chelsea. The club will also been hoping their £34 million summer signing from Southampton will not return back to the club with an injury.

There is no doubt that Sadio Mané is hugely important to Liverpool. The Reds have only won one match since his departure for the African Cup of Nations. In his absence they have been eliminated from both the FA Cup and EFL Cup and their bid to win the Premier League is fading from week to week.

What is surprising is that Jürgen Klopp hasn’t dipped into the transfer market this month in an attempt to bring in another player who will deliver what Mané has to the team during the first half of the season. Liverpool should have at least tried to sign Julian Draxler but were not even linked with his signing prior to the 2014 World Cup winner’s move to Paris Saint-Germani.