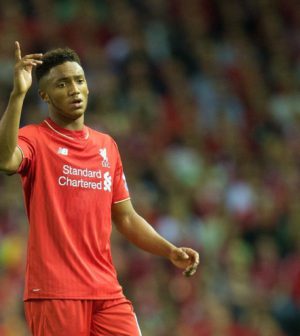 Liverpool have officially confirmed that the club has tied down one of their bright prospect to a new long-term contract. A statement on the club’s official website read:

“Liverpool FC can confirm Joe Gomez has today committed his future to the club by signing a new long-term contract…which will come into effect from July 1, 2017.”

ESPN were able to confirm that the ‘long-term’ contract is in fact a new five-year deal. According to the report by ESPN, manager Jürgen Klopp rates Gomez highly and sees him becoming a regular at the club in the not so distant future as a centre-back.

The move in all honesty is odd. €7 million-rated Joe Gomez hasn’t done so well on the few occasions he has played for the Reds and many Liverpool fans will agree he doesn’t deserve such a long contract. However, Klopp knows better and he is the one in training with the players every day and perhaps he has seen something in the 19-year-old that the fans don’t see.  However, with a new five-year deal, there is a chance Liverpool have shot themselves in the foot.

Gomez joined Liverpool from Charlton Athletic in June 2015 and signed a deal, which, according to the official statement, expires on June 30 2017. Which makes the new contract deal very odd especially considering his history with injuries. In nearly two years, he has only played nine times for the Reds.