The Best 3 Signings of the 2019 Transfer Window 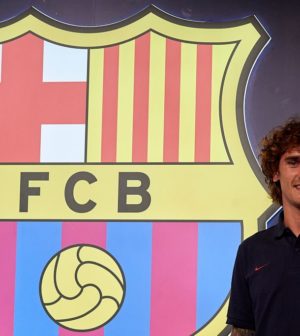 With the 2019-20 season imminent, now is as good a time as any to take a quick look back at the major transfers that have been happening around Europe over the past few months. There has been plenty of movement among the big clubs, with most teams making at least one marquee signing.

It’s fair to say the spending power of the European giants has proven even more significant this summer given the massively inflated player prices that we’re currently seeing across the board. Anyway, without further ado, let’s take a look at the top five transfers of the 2019 summer window.

Ever since Neymar decided to up sticks and manufacture a move to Paris, Barcelona have been struggling to find a worthy replacement to slot in alongside Lionel Messi and Luis Suárez. That could all change this season with the incredible addition of Antoine Griezmann up front.

The recent World Cup winner has all the attributes and previous experience needed to make an instant impact in La Liga. The only potential issue might be a clash of egos, and the press already seem keen to ramp any indication of discord between Griezmann and Messi. Even so, it’s hard to argue that there’s a more deadly front three currently in world football.

Compared with the blockbuster signings of Griezmann to Barcelona and Eden Hazard to Real Madrid, it’s fair to say that Manchester City’s signing of defensive midfielder Rodri has flown quietly under the radar. Yet it may be the transfer that all but guarantees another Premier League title for the Citizens.

Seen as the long-term replacement to the aging and injury prone Fernandinho, Rodri is a player cut straight from the same cloth as Sergio Busquets. He’s a prodigal talent that goes about his work diligently and allows the creative flair of other players around him to burn even brighter. It should come as little surprise that the latest Premier League betting odds at bet365 have Manchester City as clear favourites to land another championship this season – this transfer is a large part of the reason why!

Young central defender Matthijs de Ligt was far and away one of the standout performers for Ajax throughout their remarkable run to the Champions League semi-finals last season. His move to Juventus looks set to be a perfect fit for the Italian champions as they look to strengthen their iconic defence with a vision of the future in mind.

De Ligt’s presence at the back and in the air will surely develop even further under the guidance of veterans Giorgio Chiellini and Leonardo Bonucci. He’s also just one of the handful of impressive signings Juventus have picked up this summer as they set their sights on Champions League glory next year.

Honourable mentions go to Lucas Hernández, Eden Hazard and João Félix, all of which look set to make a huge impact at Bayern Munich, Real Madrid and Atlético Madrid respectively. We’ll be keeping a close eye on each of these promising signings over the next 12 months!