Chelsea 1-3: Man City: Lampard out of his depth 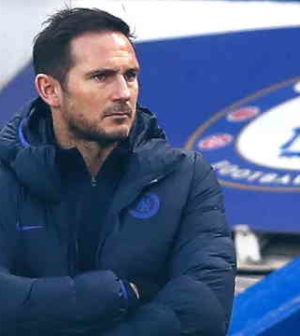 Manchester City provided a ruthless display in the first half as they thrashed Chelsea 3-1 at Stamford Bridge on Sunday.

Heading into the game, Pep Guardiola’s side had been hindered by positive COVID-19 test results and many football supporters had been expecting a home win.

American Zack Steffen made his Premier League debut in goal for the Citizens, whilst Phil Foden played as the makeshift striker.

It proved beneficial as the England international produced a cool close-range finish on 20 minutes to give Manchester City a 2-0 lead, three minutes after Ilkay Gundogan had opened the scoring.

Kevin De Bruyne finished off a well-worked move to make it 3-0 before the break, a scoreline that did not undermine City’s performance in West London.

Chelsea boss Frank Lampard did not make any changes at the break as City came out looking for a fourth before they decided to sit back for the final half hour.

The Blues created the odd chance but nothing significant until substitute Callum Hudson-Odoi slid home from close range in the second minute of stoppage time for a consolation.

Chelsea are now down in 8th after 17 games in Lampard’s second season in charge, having played more games than all but Leicester City and West Ham United in the top half of the table.

Victory for Guardiola’s side moves them up to fifth, now four points behind leaders Liverpool and with a game in hand.

Fans were riding high on Lampard just a couple of months ago when Chelsea were briefly top of the Premier League table, but his inept tactical knowledge has been clear to see in recent weeks.

This 1-3 home defeat follows a 1-1 draw at home to Aston Villa and a 1-3 loss at Arsenal. In fact, the Blues have taken just four points from their past six Premier League games.