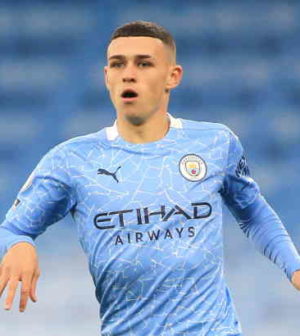 Manchester City moved up to third place with a 1-0 win at home to Brighton & Hove Albion on Wednesday evening.

Phil Foden produced a fine finish just before half-time in what proved to be the only goal of the game.

Riyad Mahrez, Kevin De Bruyne and Joao Cancelo all missed good opportunities in the second half to double the Citizens’ lead before Raheem Sterling skied a penalty in stoppage time.

Heading into the game, City had been widely-expected to win the match comfortably, with the best pre-game odds at 1/7. It proved to be a tighter affair and one to enjoy over at bettingspesialisten.com/live-streaming.

Ederson 6 – Comfortable and quiet evening for the Brazilian goalkeeper who had virtually nothing to do for 90 minutes.

Joao Cancelo 8 – Bernardo got forward for Brighton but Joao Cancelo dealt with any threat. The Portuguese full-back also had an excellent run in the second half before firing at Robert Sanchez.

Ruben Dias 8 – Solid at the back as neither Percy Tau or Alexis Mac Allister tested Ederson.

John Stones 8 – No mistakes from the England international who wasn’t put under any real pressure from the opposition.

Rodrigo 8 – The Manchester City defence had an easy time as Rodri and Ilkay Gundogan protected them well and kept hold of the ball.

Ilkay Gundogan 8 – Saw a lot of the ball in the middle of the park, tested the opposition goalkeeper, created the odd chance in another solid performance from the German.

Kevin De Bruyne 9 – Another man of the match performance from the Belgian superstar, who created a number of chances, forced saves out of Sanchez and won the penalty from which Sterling had the chance to double City’s lead.

Riyad Mahrez 7 – Was a threat down the right but missed an excellent opportunity just before the hour. Created a few chances too from out wide.

Bernardo Silva 8 – Often sat quite deep for a player who was seemingly chosen to lead the line. Bernardo Silva did a good job in bringing teammates into play and also struck the crossbar himself.

Phil Foden 8 – Scored a fine goal in what turned out to be the winner from the youngster. Phil Foden looked a constant threat to the Brighton defence without ever looking like scoring a second.

Gabriel Jesus (25 mins) 5 – Never looked like scoring and didn’t see too much of the ball.

Raheem Sterling (10 mins) N/A – Looked keen to score until he stepped up to take the late penalty which went into Row Z.