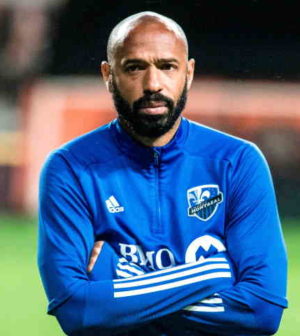 Thierry Henry has resigned as manager of Major League Soccer side Montreal Impact.

The Arsenal legend took over in November 2019 and led them to the Play-in Round of the playoffs in a disrupted 2020 campaign, as well as an impressive quarter-final appearance in the CONCACAF Champions League.

Henry was understood to be on the shortlist for the role at Bournemouth recently, before the Cherries surprisingly hired Jonathan Woodgate.

The 43-year-old’s decision to leave the Canadian side were due to personal reasons, stating that he had been unable to see his children, taking to Twitter to say:

“Unfortunately due to the ongoing restrictions and the fact that we will have to relocate to the US again for several months (at least) [the situation] will be no different. The separation is too big a strain for me and my kids.”

Montreal Impact have just under two months to find Thierry Henry’s replacement as their new campaign doesn’t start until mid-April.

It will be interesting to see what Henry’s next career move will be, though one would think it will be several months away at the earliest.

As a player, the forward won the 1998 FIFA World Cup and Euro 2000 with France, and enjoyed a successful playing career which included playing for the likes of Barcelona, Juventus and AS Monaco, as well as the aforementioned Arsenal.