Time Is Right for Kane Move: But Don’t Bank on a Blockbuster Transfer 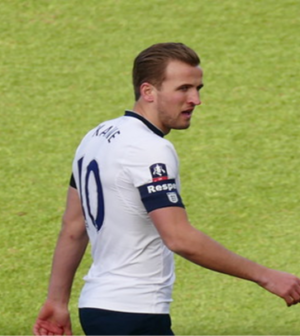 Harry Kane is, as per usual, having a good season. After 32 Premier League games, he leads the charts in both goals scored (21) and assists (13). His involvement in 34 goals represents almost two-thirds of Tottenham’s 54 strikes in the league this season. If you look at Heung-Min Son (14 goals, 9 assists), you can easily appreciate how dependent Spurs are on the two frontmen. Carlos Vinicius, Lucas Moura and Bale have chipped in now and again, but Son and Kane are responsible for most of Spurs attacking threat. That’s as close to a two-man team as you can get in the Premier League.

Speculation has ramped up over Kane’s future recently. The 3-1 defeat to Manchester United, where Kane and Son combined for Spurs’ only goal, seemed like a watershed moment for Kane; at least, that was the narrative in the media. It was as if that defeat served to bookend Spurs’ season after the 6-1 victory in the reverse fixture earlier in the season sparked an unbeaten run that saw Spurs briefly top the table in early winter. That seems like a long time ago now as Spurs look unlikely to secure Champions League football next season.

There is still some hope that Kane can get his hands on some silverware, as this is being written before the EFL Cup Final. But even should Spurs triumph over Man City, you have to wonder whether it would be enough for Kane to believe Spurs can satisfy his desire for success.

Kane sees only champions above him

Looking at the top British goalscorers in the Premier League down the years, which you can test yourself on with these fun sports quizzes from MansionBet, it is perhaps surprising how few British strikers top the scoring charts and win the league. Alan Shearer, Jamie Vardy and Wayne Rooney are the exceptions to the rule, but many of the best English strikers since the Premier League’s inception have had to look on while other clubs won titles.

The reason we bring up the British strikers is that Kane has recently overtaken Robbie Fowler in the all-time Premier League scoring charts. Kane’s double against Arsenal moved him on 164 goals, into 7th place above Fowler (163). One thing that connects all of those above Kane in the list? They are all Premier League winners. It has been pointed out by Fowler that Kane might regret not leaving Spurs if they cannot hand him the medals he desires. Fowler drew parallels with his own Liverpool career and even suggested that Kane should join the Reds in the summer.

Kane has three years remaining on his Spurs contract, which will run out in 2024. Kane will be 30 by then, with a much smaller market value than he has now. That fact should play into Daniel Levy’s strategy, although it is possible that he wants Kane to remain for the rest of his career. These next three years should see the player at the peak of his powers, so it will be interesting to know whether he believes Spurs will give him the platform to win trophies. The identity of the new manager, after Jose Mourinho was sacked, might also play a role in Kane’s perceptions of Spurs’ ambitions.

The consensus from bookmakers is that Kane stays at Spurs this summer. Both Manchester Clubs are seen as favourites to sign him should he choose to leave, but he remains odds-on to stay at Spurs beyond the summer. While you should always treat transfer betting odds with a dash of scepticism, that does tell us a lot about how much the speculation in the media is based on rumour alone. If there was concrete evidence that Kane was trying to engineer a move away, that would be reflected in the odds.

There are other factors that might influence Kane’s decision. He will lead England in the European Championships this summer, and the distraction of a major tournament often complicates transfers. There is also the simple question of who could afford him. Manchester City? Yes. United? Maybe. But other clubs across England and Europe are vocal about the need for budgeting, and we all know that Daniel Levy drives a hard bargain. For many, it feels like the right time for Kane to move on – but it seems unlikely that he will do so.