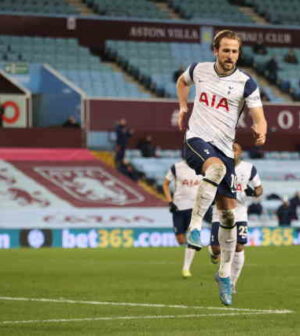 Leicester City host Tottenham Hotspur on the final day of the season looking to qualify for next season’s Champions League.

The 2021 FA Cup winners either need to outdo Liverpool’s result at home to Crystal Palace or win and hope that Chelsea don’t take all three points away to Aston Villa.

Tottenham Hotspur will be looking to match Arsenal’s result at home to Brighton & Hove Albion in order to finish above their North London rivals for a fifth consecutive season.

Leicester are slight odds on favourites to win this match with a price of 4/5. Be sure to check out the rules over at 22bet.ng/bonus/rules/ before placing your bet.

One week on from their success against Chelsea at Wembley Stadium, Brendan Rodgers will be looking to guide his side to another success by finishing in the top four for only the second time in the club’s history.

Leicester will need to do it without Jonny Evans though, who is sidelined with the injury picked up in the first half last week. The centre-back is joined by full-back James Justin as the manager will be without his strong defence up against the likes of Harry Kane and Son Heung-min.

The hosts are also missing Harvey Barnes for the long-term whilst Cengiz Under also misses out.

Tottenham will be without Ben Davies and Japhet Tanganga, but neither will be a huge blow to interim manager Ryan Mason.

Timothy Castagne could come into a back three for Brendan Rodgers’ side, whilst Wes Morgan is also an option there. However, the latter lacks pace up against the likes of Son and Gareth Bale.

Ricardo Peirera and Luke Thomas could come into the wingback roles whilst James Maddison could be fit to start after making an appearance from the bench in the FA Cup final.

Tottenham could start Matt Doherty at right-back as a better defensive option to Serge Aurier when up against Jamie Vardy’s runs off the ball. Bale and Son would offer great threat from out wide against the wingbacks and back three.

Harry Kane enjoys scoring against Leicester and will be hoping to help Spurs sign off a below-par season on a high.

Leicester City are riding the wave of winning the FA Cup for the first time and could be caught out by Tottenham on the final day as a result.

The visitors certainly have something to play for in finishing above Arsenal for a fifth straight season and qualify for the first-ever Europa Conference League in the process.

Defensive injuries for the hosts will be a big setback to them in this game too. I expect an entertaining game, lots of goals, but Spurs to come away with a result.